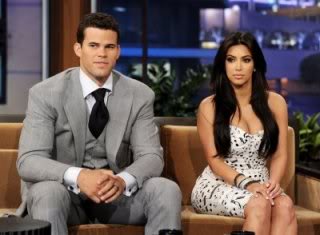 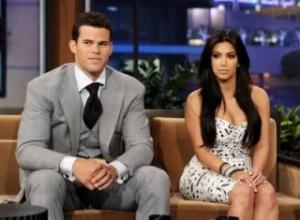 “Marriage ~ It’s No longer About the Love (example: Kim Kardashian and Kris Humphries ) “

Well now, we can’t say that we didn’t see this one coming from miles around. We all had figured it out that it was all about the money. From the picture up top, you all know I am talking about the Kim Kardashian and Kris Humphries marriage. I mean really, I thought they would go for a least 6 months, but 72 days. Now that’s ridiculous.

We all know that the pictures and videos made them both a lot of money and they got their day in front of all the news media again, but really what about the main issue here. Why do people play with marriage? Marriage should something that should be entered in with thought behind it. Even if it didn’t work out in the long run, you can still say that you put thought behind the decision, before making it. Some people put no thought, behind what I consider to be one of the biggest decisions that you will make in your life.

Have we become such a shallow society, that marriage is no longer about love but about money and convenience? Where is the love? We seem to be reverted back to the days where people had arranged marriages. When they had those arrange marriages, they weren’t about love they were about the dowry (money, land, etc. that brides family got for her). However, in those days they at least tried to stick it out regardless. But today they don’t stick it out; they treat marriage like a drive thru at a fast food restaurant, get married at one window and divorced at the next.

Well maybe it is just me being old fashion, but I don’t think you should enter a marriage unless you love that person and have given some thought about spending the rest of your life with the person. Whether it work out or not at least you have the peace of mind in knowing that you went in the marriage for the right reasons.

This site uses Akismet to reduce spam. Learn how your comment data is processed.

Spice Up Your Life